As 90% of Chinese private enterprises are family business, he is highly skilled at find simultaneous solutions for family businesses. His recent development has been exploring and integrating Chinese five element theory with SCW. Some interesting insights are found with symptoms and family relationships. Fung has been the first Chinese faculty in Bernried training intensive since 2013.ung started to learn SCW work from year 2000 and became a full time SCW facilitator in 2006. He was also a Chinese translator of Bert Hellinger. He conducts workshops, offers facilitator training and organized international trainers’ training in mainland China.

With more than 180 working days per year and handling roughly 10,000 cases, he has developed a unique way of facilitating within his training system. His style is characterized by being clear to watch and easy to follow. His structural way of working has been especially welcomed by beginners and those facilitators who need honest feedback to improve their work.

He proposed first training curriculum and presented to ISCA in 2009. His previous working experience within the corporate environment enabled him to work effectively with organizational constellations. Born in Greenwich Connecticut in 1952 and raised in Pelham, New York just outside of New York City.

The Effectiveness of the Parent/Child Intervention, Watch, Wait and Wonder with substance abusing mothers and their children.

Experiences that have shaped my work:

Current themes that keep emerging in my work, and will be foundation for some workshops at the Intensive are: 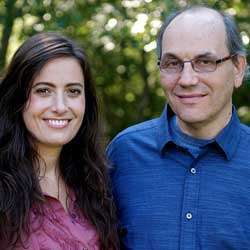 Dan Cohen, PhD and Emily Blefeld, LICSW are the creators of Seeing with Your Heart Constellations which access spirit, ancestral and ordinary realms of consciousness to create healing processes that are illuminating and life-transforming.

Dan and Emily offer Constellations in private sessions, workshops, intensives, and trainings throughout the US and internationally. Students in their Seeing with Your Heart Immersion and Act with Your Heart advanced programs learn how to facilitate with enhanced Field presence by opening the heart as an organ of perception. Through their work, a new generation of facilitators invent unique and creative ways to work with the threads of spirit and ancestral consciousness that support and resource life.

Dan Cohen specializes in Constellations that dive deeply into the hidden shadows of the heart to find the untarnished light of love that always endures. Having worked internationally as a facilitator and peacemaker for 35 years, Dan brings a nearly encyclopedic knowledge of the world history to every group Constellation. He trained as a Constellation facilitator with Bert Hellinger and many of the first generation of European trainers beginning in 2000. Among his many voluntary contributions to supporting new facilitators, he was founder of ConstellateUS.com which produced the North American Systemic Constellations Conferences and Intensives.

Emily Blefeld is a Constellations trainer and facilitator who is recognized as a gifted intuitive of the mysteries of the heart. In addition to her work with Constellations, she is a highly regarded psychotherapist, Core Energetics practitioner, and coach who specializes in helping change-agents, visionaries and entrepreneurs release limiting beliefs, patterns, and habits and open to passion, pleasure, and purpose. She’s trained in numerous psychotherapeutic modalities as well as the ancient practices of women’s mystery schools. Her presentations and experiential processes dismantle the old paradigms, outdated narratives, and ancient codes that hold us back and invoke the process of remembering, awakening, and claiming wholeness. Yildiz Sethi is a Family Constellations facilitator and trainer, counsellor (Masters degree), clinical hypnotherapist, NLP practitioner and founder of two psychotherapies and author. Yildiz has been running training in Family/Business/Wellness Constellations since 2008.

She spent many years as a science (physics and chemistry) teacher and was an Australian College of Applied Psychology (ACAP) lecturer for eight years specialising in Methods of Counselling.

She moved from science teaching at a sensitive time her life when change beckoned. Yildiz discovered Vedic astrology and she became a Vedic Astrologer. This made her aware of the value of astrological psychology and karmic patterns in understanding yourself as a first step in personal growth. She became interested in releasing patterns and blocks in herself and later facilitating others. Her curiosity led her to research and further studies to find the latest, effective, methodologies for positive change in the shortest possible time frames for most, as she suspected that this was a possibility.

In 2005 while backpacking around India she came upon a centre with a large sign saying Family Constellations demonstration. She and her husband Satish were so impressed by the demonstration they took part in the following workshop and then basic and advanced intensive training with Svagito Liebermeister.

Yildiz and Satish completed Bert Hellinger’s first training at his new Institute 2008 in Austria and has received subsequent training from many well-known international teachers. Some of these are Albrecht Mahr, Ursula Franke, Jakob Schneider, Berthold Ulsamer. Yildiz is a member of ISCA (International Systemic Constellations Associations) and has attended the German Intensives several times.

More recently Yildiz is the innovator of psychotherapy modalities Rapid Core Healing (RCH) and Emotional Mind Integration (EMI) and the author of three books. RCH and EMI come out of Constellation philosophy combined with the latest in mind science, (neural science, epigenetics and hypnosis) in creating an approach to work with the fast recovery of both systemic and personal trauma, as well as a range of relational issues and patterns for a large proportion of the population. EMI is a perfect addition to Family Constellations to provide a complete way of working with personal and systemic issues deeply, effectively and briefly.

Each of Yildiz’s books include an explanation and utilisation of Family and Business constellations with many examples of life issues that people face in relationship, business and personal and spiritual development.

Find information about Yildz facilitator trainings in Brisbane, Sydney and Melbourne on her website Be Rich AND Spiritual- This is a book that explores the psychological, scientific and mystical aspects of how we create our reality and the power of constellations in removing blocks and revealing information that The Secret didn’t show Stardust on the Spiritual Path- More than a book, it could be considered a course on ancient and modern philosophies in relation to our life pathway based on Vedic astrology, the law of Karma, personal development and free will and Family Constellations. “My work these days, as a systemically oriented social traumatologist, is all about the “greater forces” that shape individual lives, families and other larger systems”.

A systemically oriented social traumatologist who holds advanced degrees from the Western Institute for Social Research and the University of California in Berkeley.  She is also a cultural historian, psychotherapist and somatic educator who specializes in developing multimodal cross cultural methods based upon easily transmitted concepts for trauma education and recovery.

Currently the director of the Arizona Centre for Social Trauma and ACST International, she has served as advisor to the Drug and Alcohol Studies Program at the University of California at Berkeley.  For over 25 years she maintained a co-creative relationship with Peter Levine, founder of Somatic Experiencing methods for working with trauma.  Anngwyn St Just has travelled widely in North and South America, Europe and Russia teaching innovative ways of healing individual and social trauma.

Relative Balance in an unstable World: A search for new models of trauma education and recovery (Carl-Auer-Verlag Heidelberg)