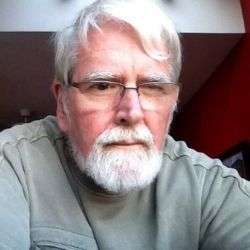 J. Edward Lynch, Ph.D., is a retired professor and Chair of the Department of Marriage and Family and Gestalt Therapy at Southern Connecticut State University. He is co-author of Principles and Practices of Structural Family Therapy and co-editor of Messengers of Healing. He is a founding member of ISCA and IGTA. He currently has a private practice and trains Systemic Constellation facilitators.

Over the decades to Family Constellations

In the 60’s, I came to hear about Gestalt therapy while I was doing my PhD internship at the Massachusetts Rehabilitation Hospital on the 10th floor with Dr. Nat Hollister. He had set up a healing program that included Rolfing, massage, polarity therapy, Family Therapy, Gestalt Therapy and it was a very powerful healing for those who went to the 10th floor. I learned of the Boston Gestalt Institute and I had three years there and then I did three years in psychomotor therapy -a kind of reparenting method.

In the 70’s, appeared Transactional Analysis, Reality Therapy, and several other therapies. I have been fortunate to study any of them. Something was missing for me. All the therapies had some things to offer. What was missing for me, I wasn’t sure There was a yearning for something more fulfilling some way to touch a deeper mystery within me.

In the 80’s, along came the ACOA movement and to a limited degree, Family Reconstruction had some visibility. I went to workshops on ACOA and some presentations and it was there that I found out about Family Reconstruction and I wondered what that was. So, after some investigation I found a program in South Dakota. There was a weeklong meeting where they did Family Reconstruction work. This is where I found what I was looking for. It was a deep look into yourself and your family of origin and ancestors. It is a psychodynamic approach to the client. I had to write extensive notes about myself growing up as well as my family, school, friends, sports, how I felt about everything that I wrote. The facilitator then took all the information and created healing vignettes of 10 to 15 minutes long. They were scenes of difficulty and pain and the facilitator would give the healing option. So, one
person would work all day from nine in the morning till nine at night as the ‘star’ of the day doing work on all his family dysfunctions. it was like a
thorough cleaning out of your psyche. I loved it and went to be trained then, back home, I presented Family Reconstruction workshops which were
powerful and healing. I offered the workshops for about four more years. Concurrent with these therapies and learnings, I was a professor of Gestalt and Marriage and Family Therapy for 40 years. I would bring all these new therapies to the grad students and we grew together over the years.

In the 90s, the family therapy movement took on more meaning. Humanistic therapies became popular again and concerns about the borderlines and
narcissists were prominent. DBT and different therapies for borderlines became prominent. At the end of the 90s I heard about Family Constellations.
In the early 2000’s I studied Family Constellations in Bernreid, Germany, for 9 years, and returned to teach seminars and train facilitators in my home state of Connecticut. It caught on like wildfire! It was beautiful because it was a mix of Gestalt Therapy, Transactional Analysis, Family Therapy, movement therapy, and other models so it was a match for me. It put an end to my search as I found that which could reach the depths of my sou. Unlike Family Reconstruction which was based on the analytic interpretation of your family history, this method was applied phenomenological, existential, experiential, work. It was and is the whole, full, package for me through the present day. I have been involved in presenting workshops, trainings, and seminars in many states and several countries throughout the world. I am blessed and proud of myself and my good fortune.