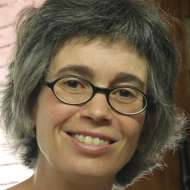 This user has not added any information to their profile yet.

I was born in Spain to French parents and moved to Australia with my husband and our three sons in 2013.

I am a Family Systemic Constellation facilitator, counsellor, teacher and translator.

After several losses of loved ones in a short period of time I came across Family Constellations. I was deeply moved by this therapeutic work that helped me to find strength and life where I used to feel drained and hopeless.

In 2011-2013 I decided to train in Family Constellations at the Gestalt Institute in Barcelona with Joan Garriga, Stephan Hausner, Marianne Franke. I have continued attending training, workshops and intensives with international leading facilitators both in Europe and Australia.

I am passionate about the simplicity and the depth of the Family Constellations subtle approach and the way it empowers the client.

I currently offer family constellations workshops and training (for groups and individual practice) as well as one on one sessions at the Newcastle Health Collective and on the Central Coast of NSW. I can offer workshops in other regions upon request.

Having worked in Spain, Canada, Germany and Australia, I have been involved in several multicultural projects. I am especially interested in families, migration and systemic pedagogy.

I can run sessions and workshops in English, Spanish and French.